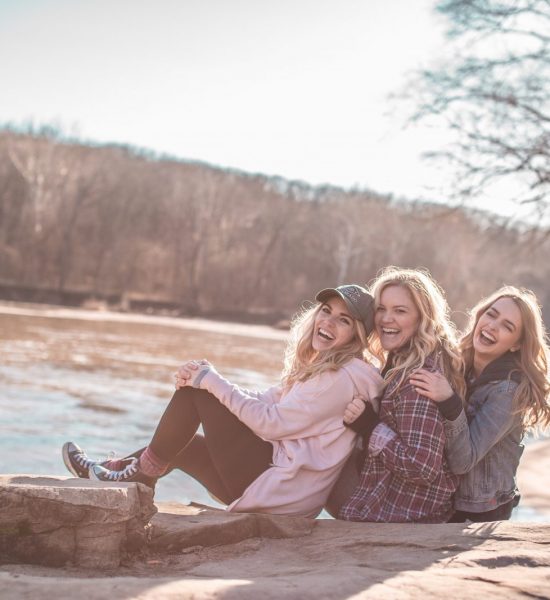 It might sound tiring in the first place, however, there is no cause for alarm as you will get used to it as time goes by and it will fit perfectly with your new status, and in case you do not want to be actively involved.

You can still do it through social media, where you can follow the activities of fellow members, and stay updated as well.

You can also connect with fellow sorority members closer to you. Sorority membership should not just end after college or university. This is because the relationships, which includes skills and insight that you nurtured through your college period are what shaped you to be the kind of person you are now.

Furthermore, they gave you direction on how to go about postgraduate lifestyle, through networking with your former college mates when looking for job opportunities, financial breakthrough whether you want extend your education opportunities or simply have a reliable group of members solidly supporting you in your endeavors.

When you portray your core values and those of your organization in whatever you do, then there is a likelihood that you can connect with the values of the larger ideals of your sorority. Therefore, it is very important that you celebrate your achievements and those of your fellow alumnae members to assist you see the value and the strides that your organization has impacted on your life and that of the world and those around you.

Most sorority groups thrive by being of help to the community through a number of activities of philanthropy and service to their respective communities. They also give their members an opportunity to come together for a noble cause, creating lasting friendships and bonds throughout their lives.

It is also very common for members of these groups to join a fraternity while still in college. However, one has a choice of joining after completing a baccalaureate degree. This is another easy way in which one can join a sorority when not attending school. It does not matter the period when you join a sorority group, the most important thing is how you establish a link with other like-minded women who can help you chart a course in this life.  Each sorority group has its own way of doing things. Hence, it is important for you to join one, which fits your bill.

Apart from successfully completing a baccalaureate, another qualification for membership is having the ability to engage in the promotion and execution of its various programs and policies. You should also note that most sorority groups stipulate that its members who are active should participate fully in social activities.

This is mostly in line with community charities and philanthropic events. A would-be member must also be able to prove their legacy status as well. This is because after meeting all the educational requirements through an undergraduate degree, you can join the sorority group of your choice by means of a legacy or invitation.

Eligible candidates who happen to be the daughters or descendants in the form of granddaughters of those members who are active or long dead, are referred to as Legacy Candidates. Such candidates normally have to prove such relationships to the existing active members.

However, if you cannot adequately prove a legacy relationship, then you must be invited by an active member of that particular group. You should also note that those who have an interest in being sorority members are not allowed to solicit their membership from the organization. Those who cannot establish their legacy can garner membership points by attending various functions called for by the organization.

Such moves will help you network with bona fide members who can easily vouch for you when the right time comes. After your membership has been accepted and issued with an invitation letter, then your membership process will begin henceforth. Furthermore, each sorority group has different intake protocols and confidential as well.

Before joining a sorority, it is important that you carefully weigh your options before settling on the right group.

The process of choosing the group, which fits your bill is a decision that can make or break your quest for membership during or after college life. Membership to such groups is not just about having a good time with fellow members. There are other serious issues that each member, whether new or existing has to contend with first before they are accepted. Their GPA must meet the set threshold, as in most cases the quest for membership is very competitive, therefore, there must be an elimination process put in place to get the best.

Other tips on how to join a sorority after college include:

Getting Good Grades in School

Each sorority group, that is recognized nationally by the government through its social department, have key requirements, which need its new members to meet in terms of GPA. Nevertheless, it varies from one sorority group to the next.

Moreover, those members who are active and looking for new members to join can be tasked with maintaining the required Grade Point Average. This is because many colleges normally give out awards or incentives for group members with the highest average GPA. Each college has also its own qualification requirements and has stringent rules and regulations governing low grades and participation in these fraternities.

You should ensure that your needs are well taken care of when joining a sorority. The period for recruiting new members is referred to as “rush.” It is also important to be forthright about it by allowing members a glimpse into your life so that they can get to know you better and vouch for your membership. Sorority groups have open days and recruitment drives to sell their agenda to new members and those interested in joining their cause.

It is important to attend these occasions for different fraternities as much as possible. It will help you make an informed decision when the right time comes. Be open-minded to other fraternities as well and do not tie yourself down to one before making that crucial decision to join the group of your choice. Shop around for the best possible option.

Meet as Many Members as Possible

Since every fraternity has its own set of rules and regulations for new members, most of them normally determine the eligibility of its new members by subjecting them to a vote. However, in a number of instances, even if you as a would-be member is preferred by a certain number of members, it might not be enough as you must also get the nod from the remaining number of members, a certain number of votes from those who dislike or are not that well acquainted to you.

In case you have already identified your fraternity of choice, go ahead and obtain every available and detailed information about them so that you have as many members as possible on your side when the time for vouching comes.

Always Believe in Yourself

Since Sorority groups whether in colleges or campuses have their own set of rules for its members, and apart from the stereotyping tendencies associated with each one of them in regard to their activities, you should choose one that it is in line with your character, preferences, or hobbies.  Many stereotypes are placed on Greek organizations based on what their brothers are involved in outside of the fraternity. Since many colleges offer a number of fraternities, find one that fits your personality and not the opposite.

The fundamental goal and principles for every sorority group is the association with people of strong character and social well being.  Therefore, those fraternities, which have a large following with vast talents, including positive characteristics. They include members with very strong leadership capabilities, who are also committed and in the front seat when it comes to academic endeavors, showing very high tendencies in going out of their way to make new friends.

Solid skills in regards to leadership is an added advantage that fraternity groups are always looking for. They have varied roles in regard to leadership, that is why there is a likelihood that each member to have the chance of chairing a committee, taking a center stage in various activities.

In this regard, each member is free to vie for positions in their respective colleges or campuses.

A number of these positions include. Chairmanship for the homecoming party, student body presidentship, or officers in the academic clubs. Sorority groups have a very solid background due to their strong and reliable participation of its members in college activities. Most members have good reputations and respected in equal measure. They are also looked upon as role models for other people to emulate.

Even when you maintain your membership with time, and as an experienced member, you can help new members to settle in by guiding them on what should be done to make them feel at home. When you graduate from college or campus, make it your desire to give back as an active alumni.

Many sororities normally embark on holding resume critique conferences. This is an event whereby alumni members give advice to student chapter members on how best to organize their resume, thereby, promoting so in order to secure their desired jobs in the process. Alumnus members also help in recruiting new members, aiding them in proper decision making as well and making sure that their needs are well taken care of.

Most of the sorority groups need members to part with membership fees, which is normally paid by new members, with an additional monthly or annual subscription. This is what supports their activities. Although membership is a lifetime, alumni members are required to pay subscription fees at a reduced amount.

Room and Board Facilities

Most fraternities own a house for residential purposes for their members. In some cases, a chef is present to prepare meals on behalf of their members. The expenses in regard to room and board usually vary from one group to the next, which can be cheaper than a college room. Nonetheless, off-house members at times are required to pay parlor fees due to their utilization of house amenities.

Apart from giving back to communities, they champion the rights of the downtrodden. Apart from that, they also go out of their way to organize for some philanthropic activities in the communities in which they serve. This brings them closer to these communities and giving fraternity members a clear sense of purpose and lifetime obligations.

Therefore, group members have a noble chance of coming together with like-minded college leadership for students and administration for a joint cause, both in communities and colleges. Furthermore, the most yearned for quality and motto for members of a sorority is simply giving other people a hand for a better life.

How members of a sorority interact with others is what will attract or keep away new members from joining that particular group. It is only the social aspect of any sorority group that has the potential to attract new members. That is why existing members should always be inclined to meet others.

Uniquely, sorority members normally exhibit very strong communication skills, which is very critical for finding and maintaining real-time lasting relationships as well as being committed to the development of these interactions socially throughout their college or campus lives.

This is what has given hope to many sorority members who network with other like-minded students in colleges, while at the same time, recruiting outstanding fresh and reliable membership into these organizations.