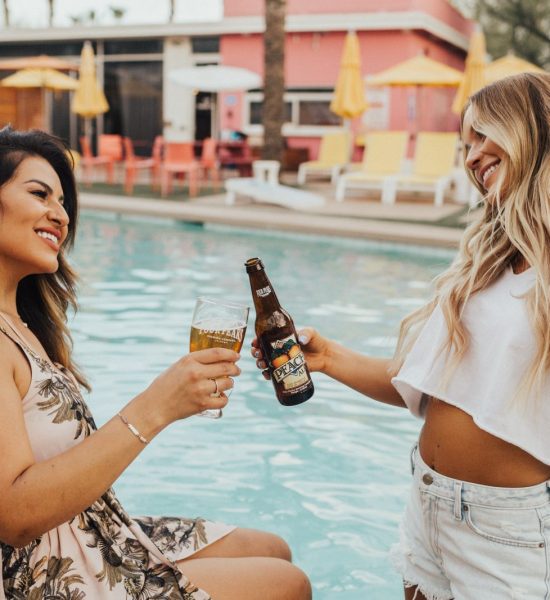 In ancient times, colleges were male-dominated. Women were not pursuing higher education. By the time they got interested in higher education, their male counterparts had fraternities that supported frats through scholarship, personal development, and personal growth.

Are Sororities Allowed to Have Parties?

Since the fraternities were rigid to accept women in their organizations, there was a need to form sisterhoods (now called sororities) where women could support each other through education and leadership.

Sororities are Greek life organizations (GLO) that give sisters a sense of belonging. The sisters organize a lot of social events where each member is supposed to participate. The sisters enjoy lifetime membership; though the membership can be revoked is a sister violates the rules of sisterhood. 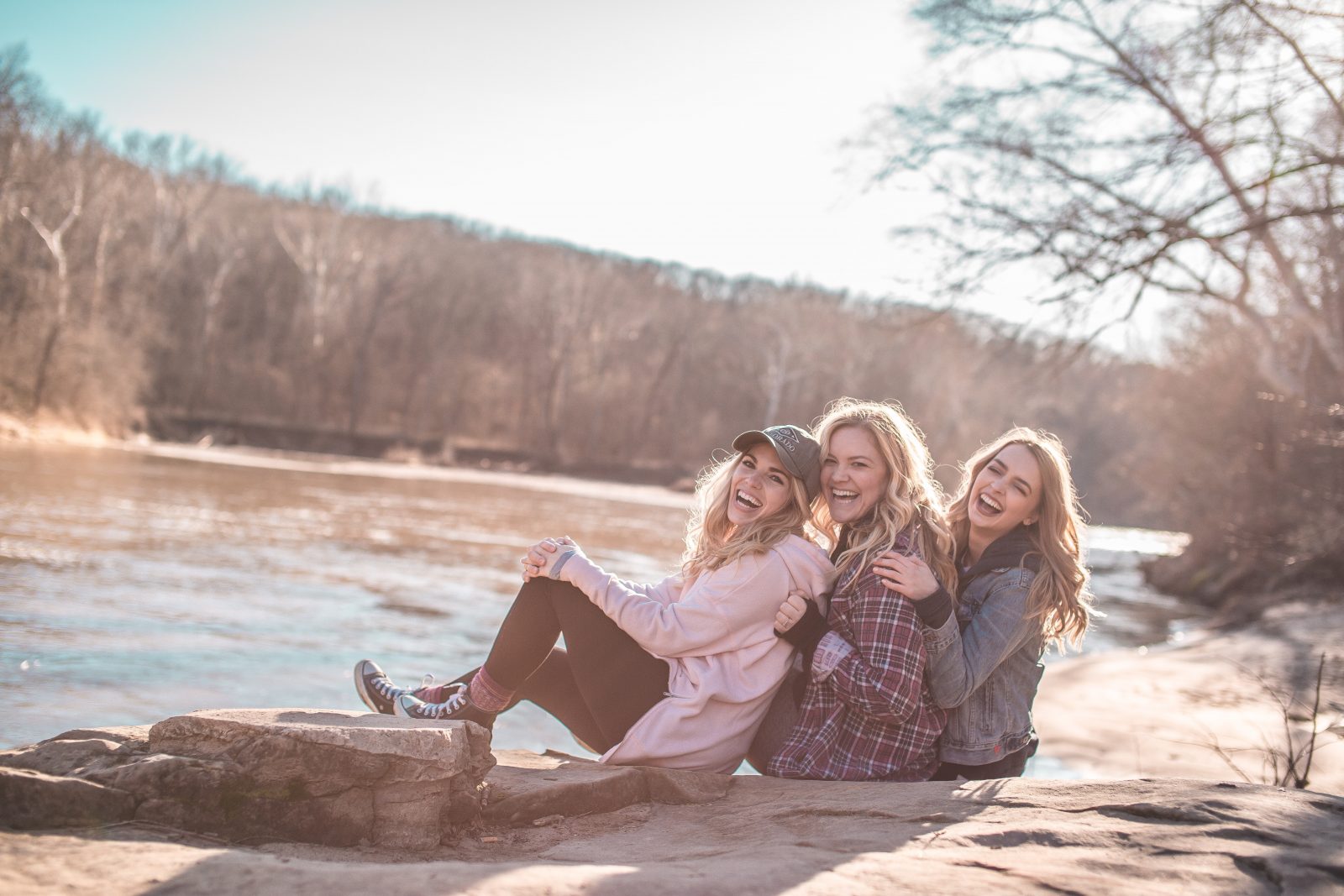 There are a lot of fun activities under sisterhoods. But any most aspiring members have questions that linger in their minds. Like, is it expensive for a student to join a sorority? Are sororities allowed to have parties? What are the rules of sisterhood?

This article will answer some of your questions. Let’s have a look at some.

Every organization have rules governing members; sororities are not exceptions. Although individual organization or chapters can have extra unique rules, the following cuts across all sororities.

Most of the sororities incorporate Greek letters in their names. You will only understand the organization if you have some background knowledge of Greek letters, symbols and their meanings.

All the events that happen in GLOs need financial backing. Each member pays their dues to support the events. It also keeps a sister committed to the organization

Every member looks forward to the end of semester formal. You can ask a guy to be your date during a formal event.

During rush week, members are not allowed to share the insider sisterhood matters. The silence gives aspiring members the chance to decide the sorority they want to join without external influence.

To rise in the rank of leadership, you have to commit your time to many events. The rising of ranks was formulated to ensure that girls attend charity and philanthropic events. Without specific rules, most members will only show up during fun events and neglect social responsibilities.

Some members of the sorority live together in the chapter’s house. Everyone in the house should participate in house chores. It is in the effort of making the girls responsible and respectful of communal spaces. In the process, they learn some necessary housekeeping skills.

Sorority chapters formulate a system that ensures all members living in the house know their duties so that no one gets stuck.it also ensures no one becomes a liability to others.

Most sororities set apart the September as the month of purity. During this month, sisters are supposed to stay away from boys, alcohol, and bars.

During this month, sisters get close and bond with each other. It is exclusively a ‘sisterhood month’.

The sororities volunteered to abide by the rule ages ago. Up to date, they still conform to the rules. The governing boards claim that allowing parties within sororities will find alcohol getting into sorority houses. No alcohol and drugs are allowed in sorority houses. Sounds archaic, but sisters must follow, it’s a rule.

Every sister should act like a lady all the time. You must be pretty and presentable. Whatever you post on social media must be socially acceptable.

You have a duty of liking and commenting on friend’s photos, which can be draining.

There is a process every new member has to undergo to join the sisterhood. The methods doffer from each organization and chapter. Most of the members go through hazing. It is a test to a member’s resilience and commitment in the urge of joining the sisterhood. In the eyes of out standers, the act seems horrendous, but the sisters consider it as a rite of passage.

All sorority events should be free from alcohol. It is the rule that prohibits sororities from holding parties. Members of sororities are only allowed to attend parties organized by fraternities or have a third party host the event for them. The governing bodies claim that the rule is to ensure that members learn to drink responsibly in safe territories.

There are strict rules on who can attend sorority events. Non-members are strictly prohibited from attending sisterhood events. The law ensures that anyone participating in the fun event is committed to the sisterhood.

Education is the primary business that took you to college. Governing bodies set a minimum of 2.5 GPA for each member. The rule ensures that no member abandons their education careers for Greek life. Sisterhood should not distract anyone’s academic life.

Are sororities allowed to have parties?

It is a question asked by many people. The answer can be yes or no, depending on the perspective. 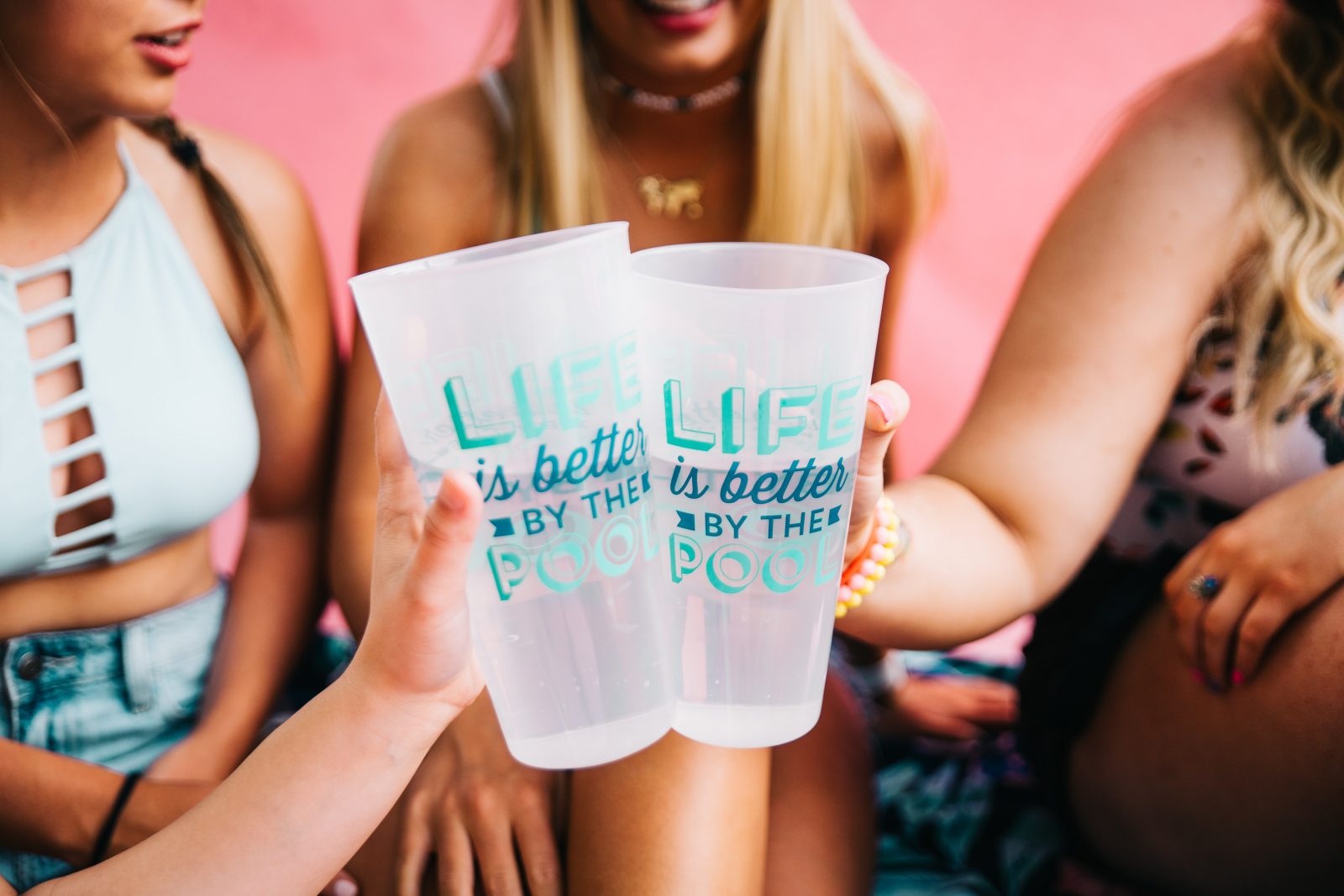 Formals parties are frequent among fraternities and sororities. Sorority hosted formals are booze-free. Many college students will not consider that as a party. Actually, it is more like a high school prom event.

Sororities are strictly forbidden to hold parties in their houses. They only attend parties organized by fraternities.

Young men in fraternities fully control the parties they hold. They can have parties in their houses or a bar. They choose the female attendees and anything that the party attendees eat or drink.

The rule forbidding sororities to hold parties is to keep the insurance premium low. It’s not in any way mandatory or a legal requirement. NPCF claim that sororities volunteered to abide by that rule.

Most sororities are under the National Panhellenic Council (NPC), and they must abide by the strict rules. However, few “local” sororities allow members to throw parties in their houses. Their geographical coverage is smaller, making networking limited. NPC led sororities to have many benefits that overweigh the strict rules.

In the event the sororities want to hold a party, they approach fraternity brothers to have a mixer party. They co-plan for the party with a fraternity of their choice. Alternatively, sororities can hire a vendor who will host a party on their behalf.

The no party rule deprives the sisters the right to run a party by their rules. They have to rely on men to make certain decisions for them- like who attends the party, who can drink alcoholic beverages, the number of females allowed in a party, etc.

College girls have made a lot of efforts to abolish this rule, but the National Panhellenic Council still upholds it. Members of sororities think the rule is sexist since the same does not apply to fraternity brothers. Both sororities and Fraternities being value-based organizations, they feel they should have equal rights and freedom to their male counterparts.

Fraternity led parties’ means that the young campus men have to control over everything pertaining parties. Sororities do not have the rights to hold parties by their rules.

Many scholars have researched fraternity-led parties and female-led parties. The findings were shocking; Female students fall victim of sexual harassment from their peers. In the research findings, frat brothers are three times more likely to harass a girl sexually than male peers who are not in Greek life.

Female-led parties are more organized and safe. Sisters keep an eye on each other and protect each other from sex predators. Many sorority chapters have a database of sexual assaulters; Such men are not allowed in Sorority events. They share the information among all sororities to keep the girls safe.

As we have seen earlier, Sororities are sisterhood organizations, and fraternities are brotherhoods. In a setting full of young men and women, it is challenging to have these organizations exist independently.

Many events require the presence of both genders; therefore, fraternities and sororities end up working together to meet certain goals.

A formal party cannot be complete in the absence of one gender. Therefore, whenever a fraternity or a sorority wants to hold a formal party, they invite their partners from the other gender.

While a fraternity can decide to hold a male-exclusive party, it is hard for a sorority to do the same. Sororities need the assistance of fraternities to hold a proper party. 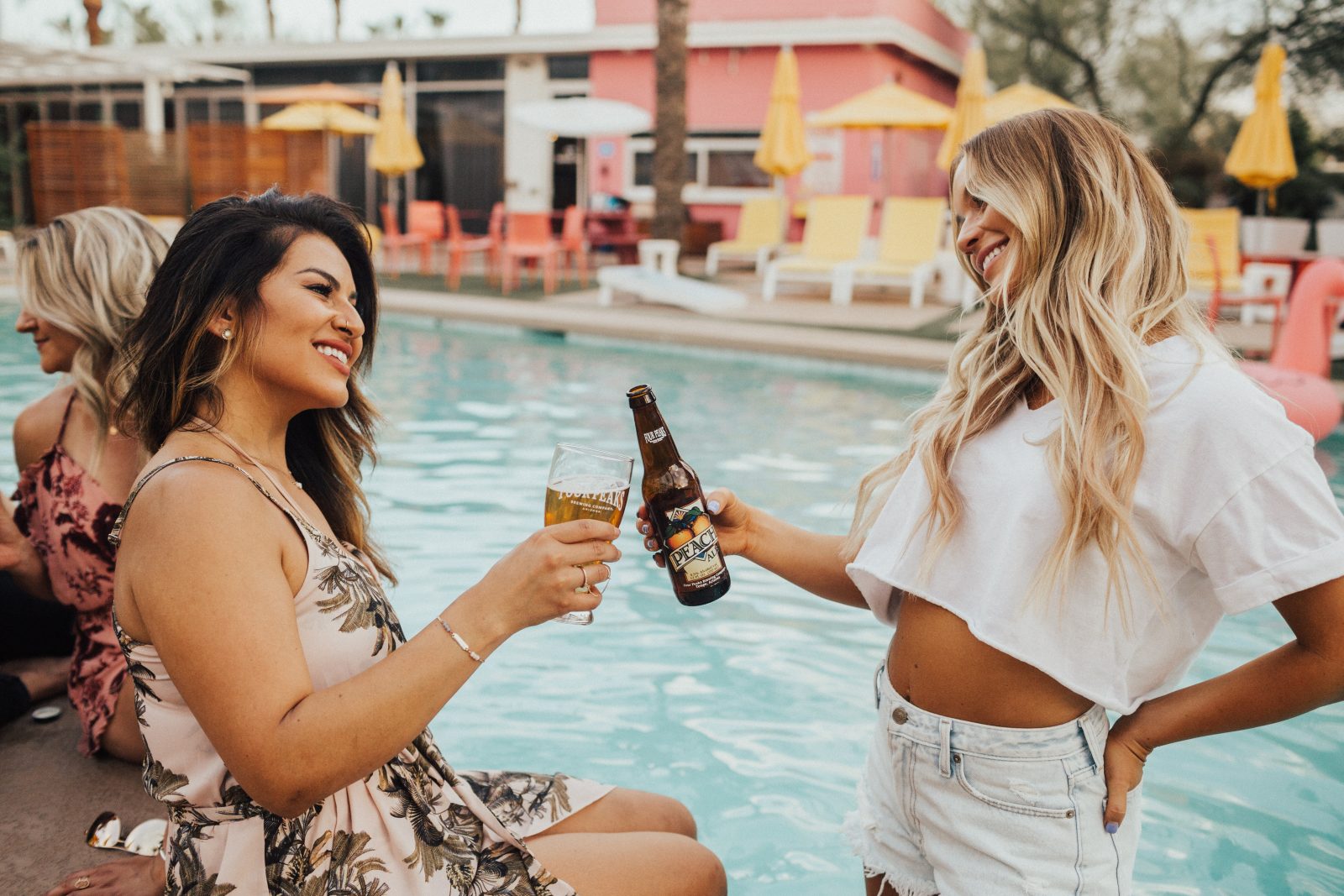 The pros and cons of sorority parties

Currently, no alcohol-fueled is allowed within sorority houses. However, members of sororities are pushing towards the lifting of the ban. Members claim that holding sorority parties will allow sorority sisters to control their night. Sexual assault cases in universities are likely to fall. Many sexual assaults on girls occur when they attend fraternity parties. 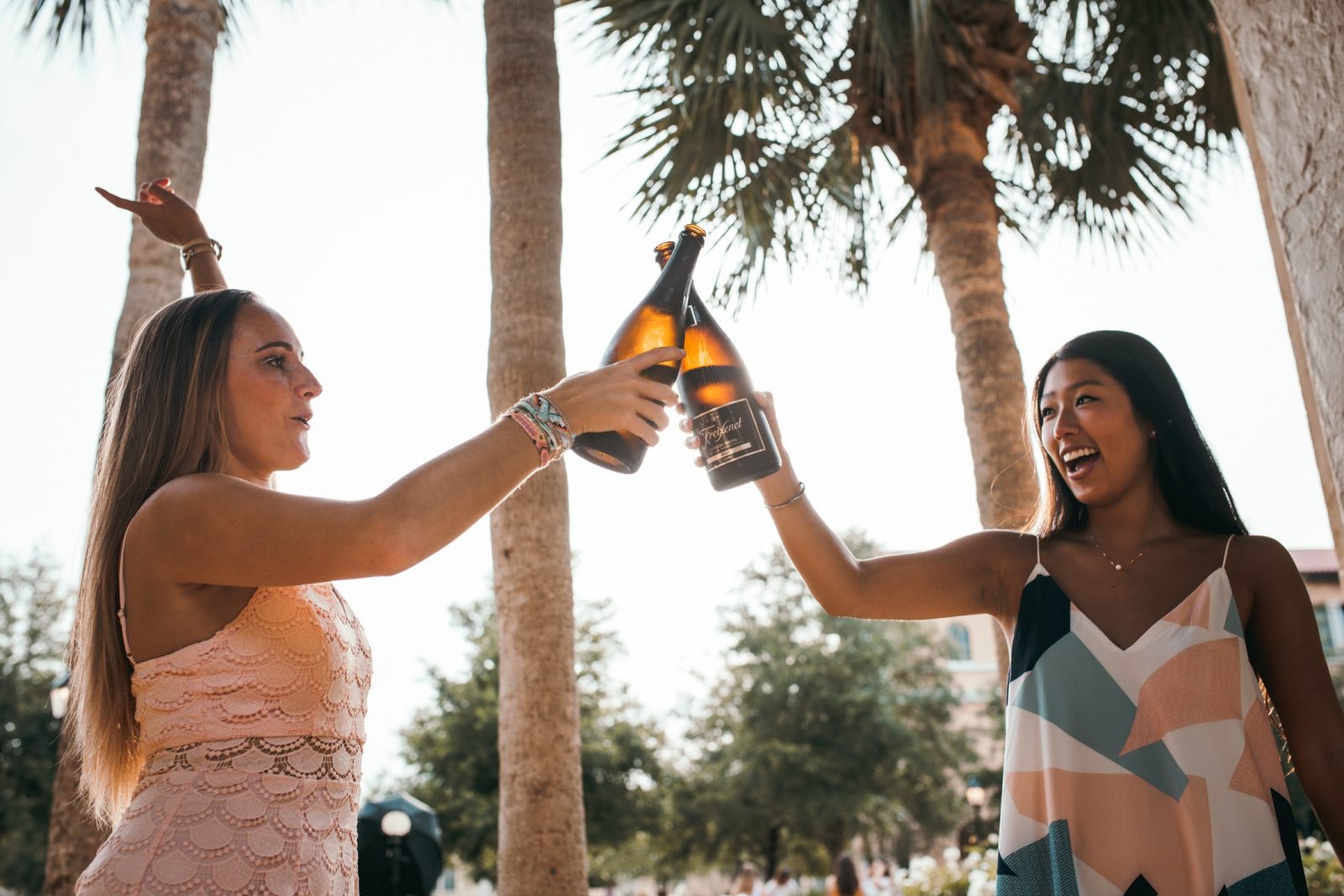 In the past, sororities voluntarily made a rule prohibiting alcohol and parties in sorority houses. It was to ensure that girls within the sororities are safe from different kinds of assaults. Although this move did not eliminate assault cases, it made sorority houses a haven for girls in the sisterhood.

The sorority and fraternity organization work together to promote personal, social and educational developments of their members.

Members of fraternities and sororities have al all-round experience in their college life. They retain their membership for a lifetime.

While you’re here, check out our guide to the 10 best sororities for unsure students.