The word calculus often strikes terror into the hearts of most students. Even some of the most accomplished of them break out in cold shivers at mere thought of; how hard is calculus? The basics of calculus concepts such as integral tables and differentiation rules were invested by Sir Isaac Newton, about 400 years ago. They have always been constant since then.

However, society has changed big times. The general attitude towards calculus deteriorates as it is passed from one generation to another. In our colleges today, calculus is a barrier that filters an alarming number of students out of education pipelines in science and engineering. Before we find the answers to how hard is calculus, let’s look at its concepts.

Calculus constitutes a fundamental part of mathematics. It focuses on concepts like derivatives, functions, limits, infinite series and integrals.

This branch of mathematics is perceived as so complicated that only the brightest of bright learners can understand it. But with a little effort and dedication, you can grasp important aspects of it.

Surely, calculus is not that hard, at least there is something easy about it. Having that in mind, there are three important concepts of calculus you should know:

Limits
Limits are among the first things that a student is introduced to in a calculus class. Finding the limits means determining the values that a function approaches as it gets closer to a certain point.

For instance, considering a function f(x) = 3x + 1, finding the limits a x gets closer to 2 is the same as determining the number that the function approaches as it nears 2

Limits enable you approximate values of things that would be incredibly hard to calculate.

Derivatives are almost the same as algebraic expressions of a slope or a linear function. The slope of a line refers to the rate of increase in y in relation to x.

For nonlinear functions, the slopes are different at any point on the curve. The derivative of f(x) has a value in it. For example, to get the rate of change of f(x) at a point x=3, you have to get the derivative 2x when x=3. This means that 2x= (2) (3) =6.

Integrals are the opposite of derivatives. They are used to calculate the area underneath a function when graphed. For instance, integrating the function of a horizontal line y=3 in the interval x= (0, 2) is the same as to find the area of a rectangle with a length of 2, a height of 3 and an origin with a southwest point.

The area that is calculated through calculus can not be determined by the equation A= l x w. Instead, the irregularly shaped space under a curve is broken down into an infinite number of columns that are rectangular shaped.

How Hard Is Calculus?

Professors and learners who have had success in calculus claim that it is not so difficult. Some of its underlying concepts can be easily mastered. The problem comes when dealing with transcendental numbers, in which the algebra part of the values becomes cumbersome.

Part of the challenge is that adults never took calculus since it wasn’t commonly offered in high school like it is currently. In the past, it was considered a college level subject that was only done by pursuers of higher education. For that, most people perceive it as a super level concept.

Learners fail in calculus since it is a slightly higher conceptual than normal algebra. It requires you to put in a lot of effort and do more practice. A lot of time is spent in simplifying, evaluating and solving the problem, of which not many people are willing to do.

However, calculus is ultimately a bogeyman of a sort. It’s really not what some people make it look like. For those who did well in high school mathematics, calculus would just seem like a progression and not a sudden fall into the pit of difficulty. Also, not taking calculus in high school should not be an excuse for failure in college. You can succeed despite any circumstance, as long as you have the necessary determination.

Calculus may be hard but you’ll be surprised how much it’s used in everyday life. I was reading this article from Immerse Education: www.immerse.education/articles/coats-shopping-and-algorithms-mathematics-in-the-everyday-world/ and it opened my eyes to calculus and maths in general.

Who Studies Calculus and Why?

Thousands of students are enrolled in college level calculus every year. But despite the enrolment, out of them only a small percentage wants to take any mathematics beyond calculus, leave alone major in mathematics or become a mathematician.

Most of the enrolment is generated by education requirements or prerequisites for major course work. Thus, most students do not study calculus as a personal choice. They are not motivated to study it except that it serves other goals in their college work.

A large number of calculus students are not math majors, in fact, only 2% of them are. More surprisingly, they pursue physics, and other related sciences; those in such disciplines are around 4% of all students taking calculus. 5% account for those in computer science and telecommunications, 7% goes to finance while teachers take 5%. Most calculus students are from engineering and biological sciences. They account for 31 and 30 percent respectively.

Calculus serves as a gatekeeper to Science, Technology, Engineering, and Mathematics (STEM) disciplines. Fundamentals of calculus terms are involved in almost all majors of STEM. As compulsory as it is, those who study calculus can’t help but contemplate; how hard is calculus? This requirement serves as an insurmountable obstacle or a great discouragement to students who pursue those fields.

The end of a semester comes with relief and excitement. Learners look forward to that time that they will put a comma to attending classes and sitting for tests, and take a fresh breath as they enjoy their holidays. But for most calculus students, this is tampered by a hopeless feeling of lost confidence.

A recent study conducted by the Mathematical Association of America found that students experience a reduced sense of confidence in their learning ability after taking calculus. After all, it doesn’t feel good to sit for an exam paper where you are barely able to answer a single question.

Female students are more prone to this than male students. The fate it is a drop in math enjoyment as well. Students begin to worry that they can tackle new material. Thus, a number of them find it hard to proceed with calculus, and their major courses at large.

Only college students used to stay up nights thinking about calculus. This is not that case anymore. Even their professors are now worried about how hard is calculus. The big concern is that calculus-which is a must for anyone in the field of engineering and science, is not getting across to most students.

As a result, a big number of college students who have to tackle calculus abandon science studies. It is estimated that one in three calculus students either flunks or drops their courses completely. A number of colleges have reported a 50% rate in drop out cases related to calculus.

If you randomly ask 10 college dropouts about their reasons for giving up on college education, at least 5 of them are likely to mention difficult concepts in course work. If you inquire further, you will realize that calculus played a part, especially to those who had enrolled in science fields.

The sorry state of calculus in colleges has made mathematicians label it a ‘national scandal’. Some professors say that calculus teaching techniques have failed in keeping up with changing times. This is ironic considering that calculus is a primary tool to any mathematician for describing the change.

Are There Solutions To Calculus Problems?

If a state hopes to be competent in the corporate world, it will not be enough for only a few elite students to comprehend calculus. More ordinary people must also understand it so that they can fill up important jobs in science, engineering, and technology.

Until more research was done in regard to calculus, very little was known about who takes calculus, how it is taught and what entails good calculus programs that promote students’ success in science and engineering, rather than inhibit it.

There is dire need to improve on calculus instruction to make it more appealing and manageable for students. Mathematicians have come up with various innovations like the use of computers (mathematics software) and calculators to do complicated plus having more specialized and smaller classes. 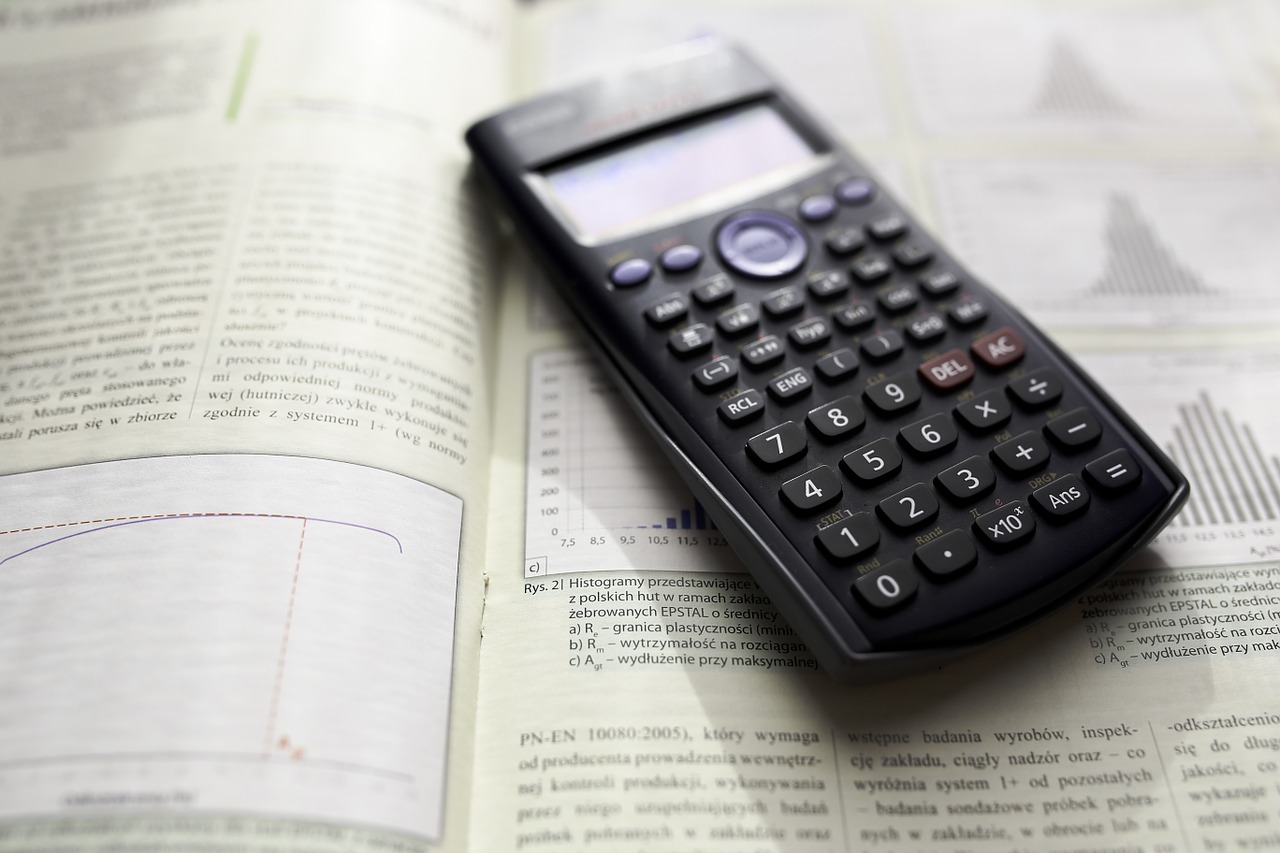 Studies have found out that when a student is enrolled in a calculus class, instructors play a vital role in the student’s success. An effective instructor should maintain a positive attitude when it comes to student’s mistakes, encourage them to ask questions and keep a pace that accommodates everyone. The instructor should also set achievable expectations to prevent students from getting discouraged and losing their confidence.

All said and done, how hard is calculus? Apparently, it is possible to excel in calculus. What matters most is mastering the prerequisites that lead to calculus such as algebra, trigonometry, and geometry. So, pay attention in class, read textbooks and do practice. You’ll be just fine with calculus.