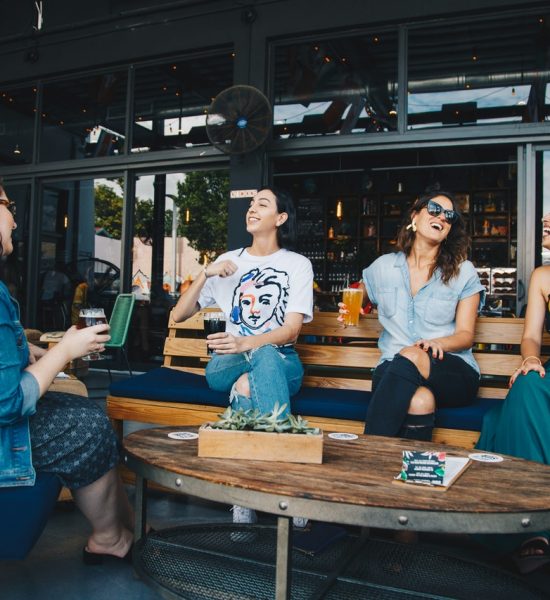 College is filled with tons of stereotypes. A big one is that college students are consistently going out to party and drink alcohol.

In truth, not every college student goes out to party and drink. Sure, it tends to play a role in the college experience, but it isn’t the defining factor. There is no one way to drink in college. Every student has their own preferences and rituals.

Still, it can be tough for college students to navigate drinking and all that comes from it. It’s not easy to figure out, but these six tips can help.

Knowing your limits can be hard to know if you’ve never drunk alcohol before. However, it would help if you did some basic research to get an idea of what to expect. For instance, if you use a BAC calculator, you can get a better idea of what to expect after you’ve consumed a certain number of drinks.

If you do have a clear idea of the number of drinks it takes to get you feeling buzzed or drunk, you should beware of those limits. Going beyond those limits can have adverse consequences, like blacking out, which you’d want to avoid.

It can be tempting to try out all drinks available if you’re new to drinking, but this is a big mistake. You don’t want to mix drinking different types of alcohol in one sitting due to the risk of feeling sick and nauseous.

The best thing is to stick with just one type of alcohol. For instance, don’t mix beer with vodka. It’s easier on your body to drink one or the other.

This is a general rule that should be followed whether you are new to drinking or not. Mixing alcohol with drugs, especially prescription drugs, is never a good idea. It can lead to serious health consequences, including death.

For instance, mixing alcohol with Xanax causes your brain to slow down your breathing, but it does so in an overwhelming sense. When your body rapidly slows down its breathing, it can lead to respiratory depression and potential damage to your vital organs.

It might be tempting to accept a drink from a stranger at a party. However, it’s better to play it safe and not take drinks from people you don’t know.

The big issue is if someone were to slip you a drug, like ketamine, it could cause you to pass out. Sadly, it’s not uncommon for people to slip these drugs to unsuspecting strangers and could lead you to get robbed are assaulted.

It might be tempting to drink as much as you can as quickly as possible. However, this isn’t a good idea. When you drink too fast, your body can’t keep up, and you’ll likely end up feeling sick. Plus, drinking too much too quickly can lead to alcohol poisoning.

Drink slowly to give your body time to process the alcohol. This will help keep you from getting too drunk and hopefully avoid any negative consequences.

This one is a bit of a no-brainer, but it’s still worth mentioning. If you’re not of legal drinking age, then don’t drink. It’s as simple as that.

If you drink and you’re underage, you are breaking the law. If you’re caught, you could face some fines, and in certain cases, jail time.

These are just a few tips to help navigate drinking in college. If you follow these guidelines, you should be able to drink responsibly.

If you find yourself in over your head, know that there are resources available to help. Your college campus likely has a number of counseling centers or student health services that can help you out. Don’t be afraid to reach out for help if you need it.