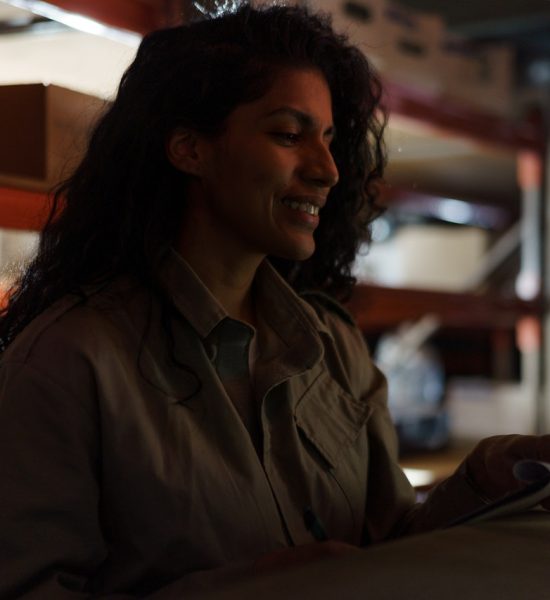 Did you know that only 14.4% of individuals in the UK STEM Industry are female? (Young Scott). Women may feel discouraged to start a future career in STEM because of the restricting stereotypes and cultural norms that have not fully left our society. The lack of representation of women in senior positions in STEM roles remains alarmingly low. This is critically important as females in senior roles in these occupations can act as role models for younger generations.

The University of Plymouth found that only 9% of the UK’s engineers are women. Yet in a 2013 survey, 84% of female engineers said they were happy or extremely happy with their career choice. So why aren’t there more women choosing it?

What effect do schools have?

Teachers can have a large influence over their students as to which career they want to pursue. A study (Edutopia) found that teachers can often harbour biases of subjects being gender based. Elementary schools are often female that can be anxious about teaching maths which can possibly lead to lower achievement in maths for girls as they don’t have a strong role model for that subject. It was also discovered that when female students had a textbook that contained images of female scientists performed better than female students who viewed textbooks with only male images. Small factors like this may not be recognised as important but they can have a huge effect on young student’s lives as the images in those textbooks can subconsciously trigger self doubt in girls about pursuing a certain subject.

As a result of this, students can actually hold gender stereotype attitudes toward different job roles while they associate certain roles with certain genders. But this cannot be further from the truth, gender has no importance in how well you do your job. For example, it is often perceived that the role of a nurse is predominantly female but anyone can wear those scrubs and achieve great things in their job.

There are things we can do to change this. If we don’t change, the career choice and professional development of girls will be affected. We can promote more public awareness to schools and parents about how they can encourage children into equal educational opportunities. We can also emphasise strong role models of women in these fields to show that it is possible.

Is there still gender discrimination in the workplace?

Women may feel uncomfortable joining a occupation where they could face discrimination based on their gender. One study (MSNBC) found that 91% of women in STEM admitted that they were facing gender discrimination in their work. We need to raise awareness that no matter how you identify, you are capable of achieving amazing things in a STEM occupation. With less women to fight the sexism that exists in the workplace and give inspiration to others, it can fall apart.

Some employers may have outdated ideas about what work role is appropriate for women and what work is appropriate for men. “Over 8.2 million employees in the UK feel they’ve been discriminated against on the grounds of their gender” (SME Loans 2021). We must solve this. We can put a clear policy in place to outline the unacceptable behaviour in the workplace which also lets employees know what they can do if they ever experience this and the process they can follow to safely report it. Navigating and preventing gender discrimination in the workplace can be difficult however it must be solved to provide a safe environment for women working in STEM and inspiring others to pursue this career.

But what are the top reasons that women should start a career in STEM?

1- You can help make history. It can be off-putting starting a career in STEM as it is known that there are not very many women. It can be intimidating, no matter how you identify, to join a male-dominated field, therefore it can be a great opportunity to be there for others that are going through the same motions.

2- You can inspire future generations. By pushing forward into a career in STEM you could inspire the next generation to consider doing the same.

4- Gender diversity is important to scientific research as it can produce more accurate information (Elsevier). According to the National Geographic, there are growing signs that gender bias has actually affected research outcomes and therefore harmed women’s health as a result. No matter what the research is based on, it should be considering gender as it can create different results. For example, heart disease can affect men and women differently. Including gender in research can also encourage more women into the industry as the avenues of research will become relevant to women.You can bring a unique perspective to the industry and make sure that this is happening.

5- There is something for everyone who enjoys problem solving and finding solutions for problems. You can easily find the right focus for you as there are many to choose from. Are you interested in a laboratory environment? Would you prefer learning about the human body or activities that are happening in space? Every day, there are more jobs being created in STEM, you have the opportunity to research and learn more about what interests you have.

Marie Curie – The first woman to win a Nobel Prize. A physicist and chemist, Marie Curie helped lay the foundations for x-rays and radiotherapy as she focused her research in radioactivity to advance nuclear science. A shocking 2.5% of Nobel Prize winners are female (Guardian). Can you believe that?

Lillian Moller Gilbreth – As an efficiency professional that has inspired many women to pursue engineering as she is one of the first women to get a PhD. She was often seen as a superwoman as she was a distinguished industrial psychologist, engineer and mother of twelve children.

Katherine Johnson – Her calculations have been essential to U.S space exploration. A mathematician and NASA scientist role model. Katherine graduated from college at 18 years old with degrees in both mathematics and French.

Radia Perlman – Radia was one of the few women in her MIT classes in the late 60s. Following her course, she went on to become a leader in the field of computer science, creating innovations that have made today’s Internet possible.

Even though there is still a large disparity between the numbers of male and females in the STEM industry, it has been slowly changing for the better over the years. Hopefully in the future there won’t be any hesitation for women to join a dream occupation in STEM. There are so many opportunities for prospective students to work in the industry that they aspire to. Are you interested? Have a look at the opportunities that appeal to you and achieve great things.